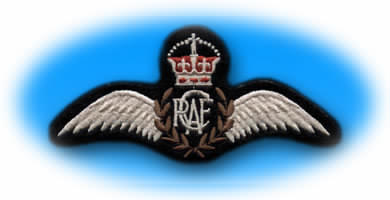 It all started with a handshake and me saying, “Thank you for serving our country.”  The man’s hand I was shaking was 95 years old and he served in WWII as a fighter pilot.  His name was Jack Hilton.  He was sharp as a tack, had a cheeky sense of humour and a very humble character.  He told me he just did what anybody would have done.  Would you have?  This is his story:

He told me that he had been looking to get an RCAF hat but was having a devil of a time finding one.  I asked if I could get his phone number and I would do some calling around for him.  I called my brother John who is a Lieutenant Colonel in Cold Lake, AB.  John directed me to a website where I was able to find one.  I contacted Jack and said I would like to send the one I had found to him as my little thank you for all he had done for our country and my freedom.  His comment to me was, “I just can’t get over how kind everyone is to me!”

My brother John ended up calling me back shortly after because they were looking for a guest speaker at their upcoming Mess Dinner and he thought there wouldn’t be anyone better than Jack.  When my brother called Jack, he graciously accepted the offer to speak and said that he hadn’t been at a Mess dinner since 1946!  He also cheekily said that usually when a Lieutenant called, you were in major trouble.  I can’t wait to hear how amazing his talk will be and how many lives will be touched.

I encourage each of you to shake a hand and say thank you to anyone who has served or is currently serving our country.  You never know what the results may be.

1 thought on “It all Started with a Handshake”