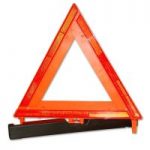 So what does safety have to do with nature?  The answer: Everything!

I witnessed something today that had me baffled at the lack of attention that each of us have.  Is it because people are in such a hurry?  Have we started to have tunnel vision and are not focused on our entire environment?

Let me describe the scenario I was in today, that may save your life, or the life of someone you love. 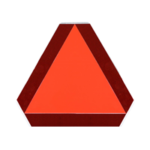 I was travelling west on John Laurier Blvd and right between 19th and 14th St, there was a lady pulled to the side (as far as she reasonably could) with her flashers on, holding a “slow moving” warning sign and waving it as people passed for safety.

I pulled over in front of her and put my hazards on and went to see if I could help.  Her driver side front tire

had blown out.  She had called AMA.  She was hoping that holding the sign and waving it would keep people from plowing into her!  I ran back to my car which luckily has an emergency safety kit and I pulled out my portable emergency triangle signs and set them up to try and help.  People still weaved in and out and many near misses happened. 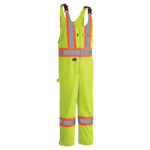 Another gentleman pulled up and said that he would change her tire because he was a truck driver and had reflector safety overalls in his vehicle to put on to help him stand out.  He also decided to drive up the hill and pull in his vehicle and park it behind her a little way with his flashers on to help on the safety front.

He finished getting the tire changed when at the same time, someone plowed in to the back of his car!  I saw the whole thing and stood there in disbelief.  How could they not see the car was not moving with the flashers on! I ended up being a witness for the collision…but it did have me thinking, if he had not parked his vehicle there, would the lady and I have been what they hit instead?

This whole situation made me realize a few things and I hope that you take them to heart for your own safety:

I share this story in the hopes that it helps to keep you or someone you love safe and out of harm’s way. May each of us pay closer attention to our surroundings. If you have any other tips to share, please do.  Stay safe out there, be aware….and be kind!