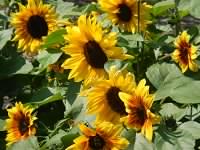 As promised, for the month of August since it was my birthday month, I challenged myself to do Forty Nine Random Acts of Kindness.  These were the results:

– as we hiked @ Dawson Creek Falls

– along Kitsalano Beach in Vancouver

– on walk in Tuscany 4 different times

(I truly hope that there comes a day where we all start treating Mother Nature with the respect that she deserves.  Here is to us not throwing trash in her home!)

39-49.  Said some friendly “hello’s” to people along the trail and on my walks.  This may sound trivial, but watch this video and see the impact a simple “look up” can do: http://www.youtube.com/watch?v=Z7dLU6fk9QY

Here is to each of us being kind to one another, ourselves and the environment.